The first map is the initial resettlement locations of refugees at the beginning of fiscal year 2012. 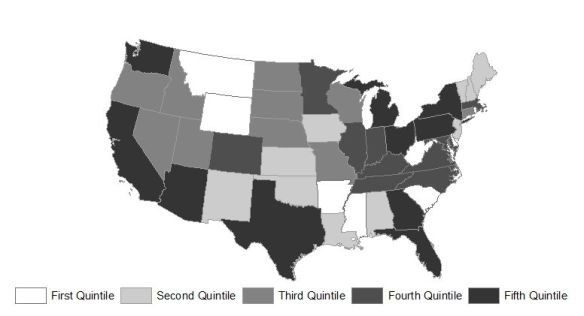 The second map is of the same group of refugees, a year later, after taking into account movement after resettlement. 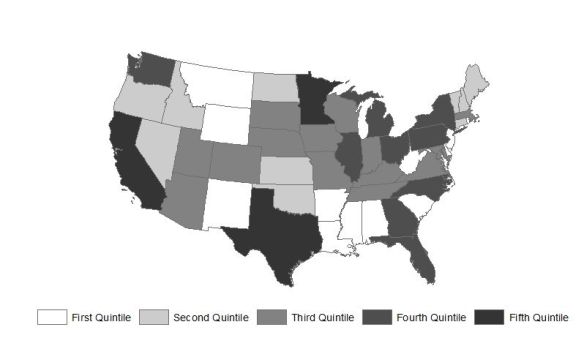 You are free to draw your own conclusions. One obvious one is refugees are much less spread out after they move around. Refugees seem to value living close to each other. A final overarching observation is perhaps refugee resettlement is a bit misleading, as a large number of refugees don’t settle in their initial placement location. I’d love to hear what you think of the maps in the comments section.